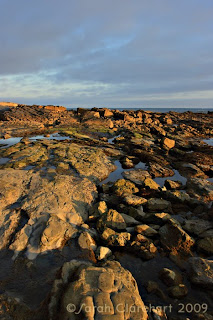 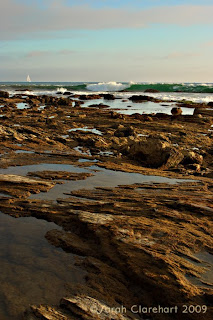 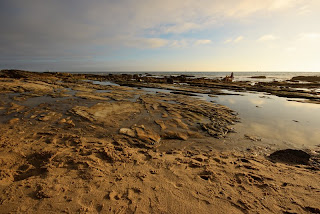 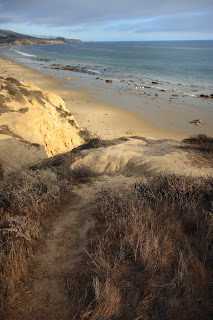 Sunday, I decided to get lost. I had a destination in mind, but didn't want to get there the usual way. I knew I would get there quicker following the normal course.. freeways, etc. but I felt like exploring. I noted with some curiosity that I was actually a little bit nervous about doing this. Not because I would be in any danger... just because it was unknown. It's pretty easy to get lost in Orange County without a map, especially for a girl like me from the grid systems of the east coast. You can't just "go around a corner" here to get back on track. There ARE no corners. I relaxed into it and did indeed get very lost. I found some wonderful things. Discovered some new parks... with actual goddamn trees! Big ones! Discovered a quiet stretch of road with no traffic that led me straight to the beach. I found that my mind also lifted out of the rut it had been in for awhile. Just by doing something different. It felt really good.

I ended up at my favorite beach, and again, decided to NOT go to the place I usually go. I tried the entrance on the opposite side. The walk was easier. There was an elegant winding boardwalk leading up to the descent to the shoreline. I felt liberated.

I must admit, I am very much a creature of habit. I get in ruts all the time.. food ruts for example. I'll find something I like and eat it over and over for weeks on end. Saves me from having to make up my mind at the grocery store.

Once on the beach, I took about 200 shots. Watched the sunset then headed back to the parking lot. As I was leaving, I put my left blinker on about to head home the same way I had come... then at the last second, I flipped it off and went straight up the hill....and got lost again.
Email ThisBlogThis!Share to TwitterShare to FacebookShare to Pinterest
Newer Posts Older Posts Home
Subscribe to: Posts (Atom)

Links to My Other Sites

Past Days Without Limits